Harold at a Glance 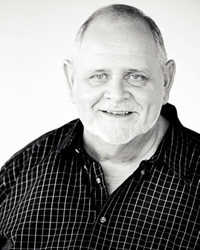 Harold Bullock is the founder and Senior Pastor of Hope Church, an innovative church in Fort Worth, Texas. Hope began in 1978 with a vision to help with planting churches in the major cities of the world. During the past 30 years people going out from Hope have planted more than sixty five churches. Hope is currently a congregation of about 1,000 in attendance.

In 1974 the Bullocks moved to Fort Worth to attend Southwestern Baptist Theological Seminary. They both graduated with a Master of Divinity degree in 1977. In January 1978, they began Hope Church and have grown it to a congregation of about 1,000. They have three children, and two grandchildren.

Since founding Hope Church, Harold has spoken at Urban Evangelism forums for the Southern Baptists as well as doing conferences for the Student Work Department of the Sunday School Board. He has also spoken at numerous church planting conferences and taught courses at Golden Gate Seminary, Midwestern Seminary, and New Orleans Seminary.

The Tarlain Adventures (an adventure series for children ages 6-12)

Silver 4 (an action adventure for 6-8 graders)

The Faces of Folly Series

Reading God’s Lips: How to Recognize what God is Saying to You

What to Teach Your Kids

7 Weeks of Wisdom (a devotional companion to Sharper Strokes)

Life With Attitude: Daily Devotions on the Secrets of Teamwork

State and National conferences for the Baptist Student Ministry

Contributor for the national Baptist Student Ministry magazine The Student

Author of materials for the Southern Baptist Sunday School Board

Founding of the How Church Works and Wisdom Conferences

Founding of the Hope Global Network

Some of his books are used in college and seminary courses